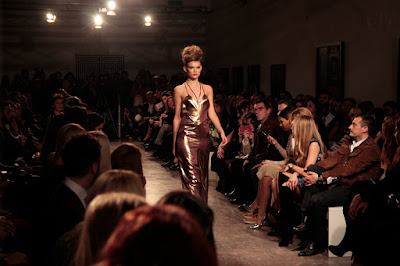 Young fashion designer Igor Markov presented his debut collection on Fashion Weekend Skopje 2015. Having the honor to open the official part of this year’s manifestation, Markov must have felt under a big pressure when he was making his collection.

The young designer presented his collection called „Prêt-à-porter féminin de luxe“ which was composed by 23 pieces, all in black, red, brown and white color. Little bit of Goth, little bit of Rock’n’roll and Disco defined this unique 23 pieces. What I have noticed in this collection is the designer’s dedication to modeling with wide and diverse range of cuts on the silhouettes. Perhaps his approach to tailoring is influenced by his mentor Izet Curi. But at the same time it was evident that he had such an admiration to Jean Paul Gaultier’s and Thierry Mugler's early work. Imagine, Dita fon Teese and Bianca Jagger meet Studio 54.

What I loved the most about this collection are the upper parts like the blazers and the wests, highlighting the female figure, with the design and all the cuts in interesting geometric manner. My favorite piece was two piece suit inspired by disco. The shiny red material and its excellent fit can satisfy even the most demanding customers. I also liked the west used as a dress, and the black velvet blazer with shiny crystal buttons. Markov made excellent choice of models who presented his work, and studio Leontic made perfect glamorous make-up and hair to complete the looks. 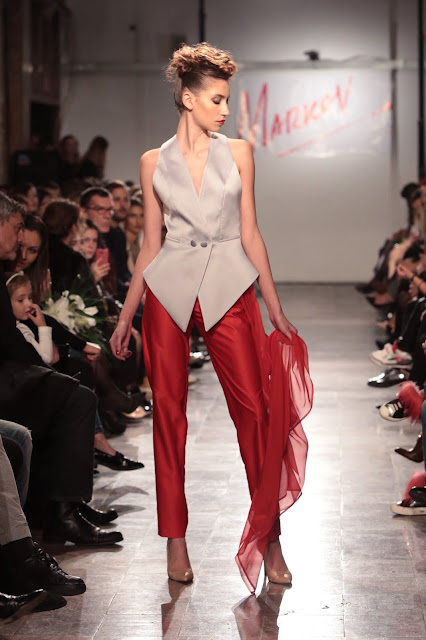 The only remark that I have is the selection of the shoes. Something was not wright with the shoes. At this time I don’t have answer to this question. My opinion is that a fashion show is complete only if all the clothes, shoes and accessories used in the collection, follow one unique story. I hope that he will pay more attention to this in his next show. 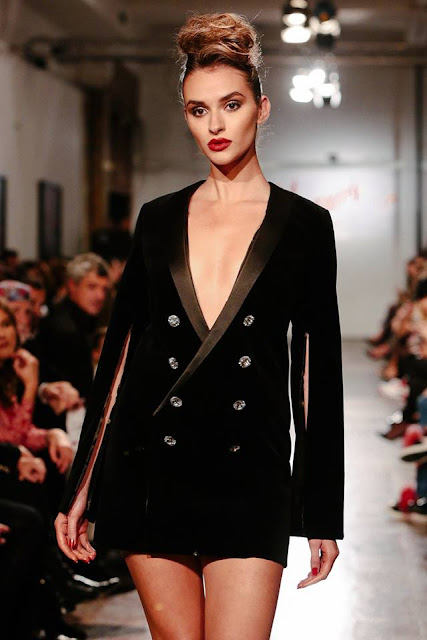 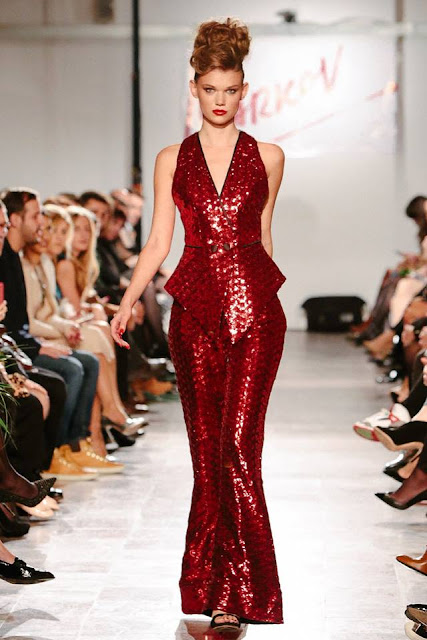 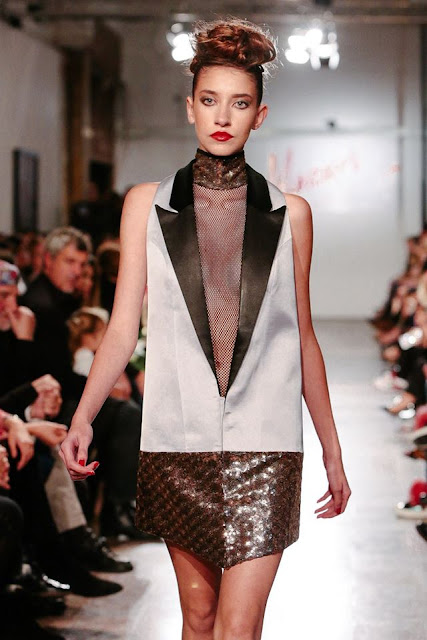 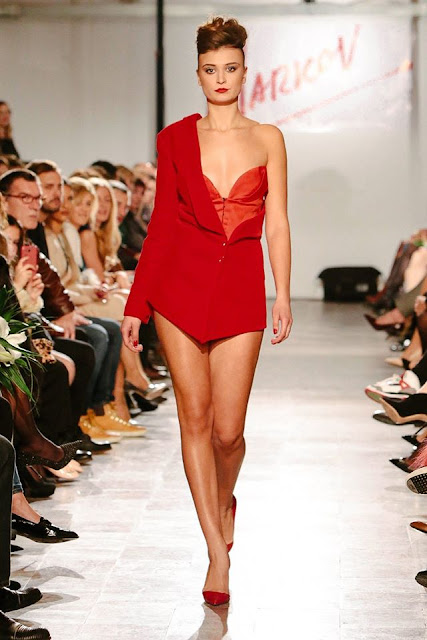 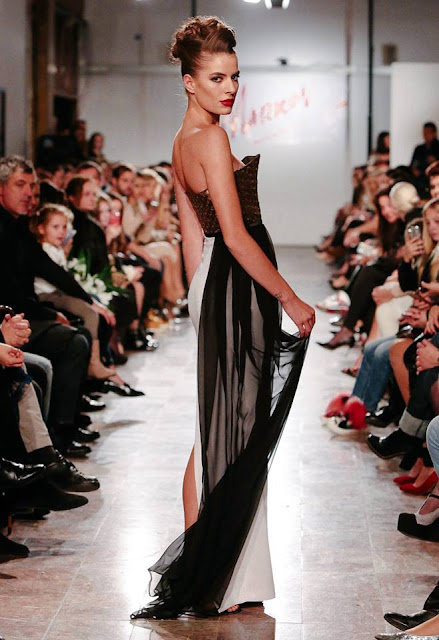 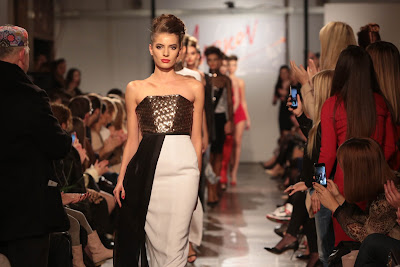 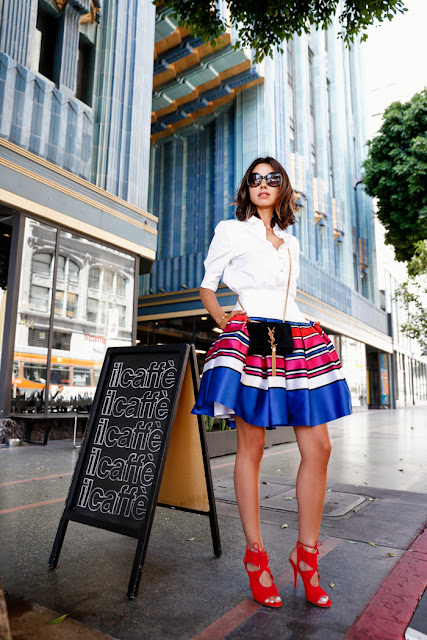